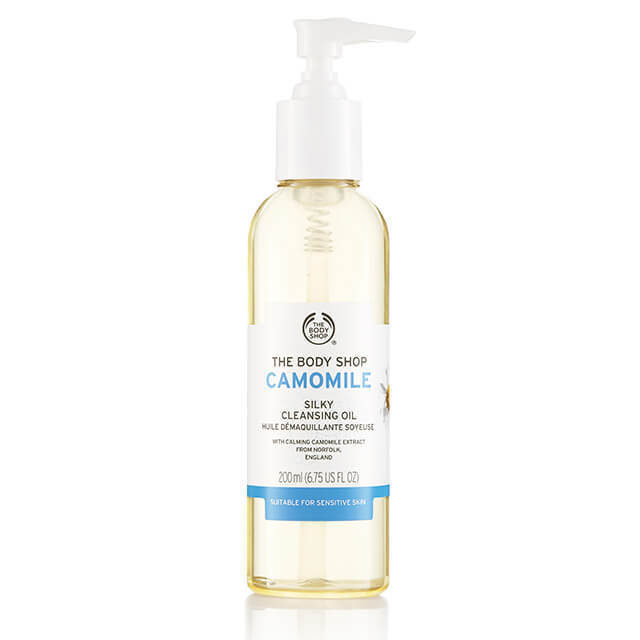 I think the Body Shop’s Camomile silky cleansing oil is the first cleansing oil I’ve ever used. What a discovery it must have been at the time. Taking makeup off in one swoop, effectively and quickly; add to that the satisfaction of seeing the makeup melt in front of your eyes and it’s simply brilliant! To me, the oil cleansing method was a revelation and, regarding my nighttime routine, I’ve never strayed from it since.

For the people who’ve been living under a rock for the past few years, oil cleansing means using an oil cleanser to remove makeup and/or cleanse the skin. You apply it to your dry face and massage it all over until all of the makeup, sunscreen and grime is dissolved. You then take it off with a wet flannel/muslin cloth (I usually do it two times, one on each side of the flannel). Some people simply rinse it with water (oil cleansers contain an emulsifier that allows for that) but I don’t find that to be effective. You can follow it up by a second cleanse (double cleansing method). I do. Some people even use this method in the morning. I tend to use it as part of my double cleansing routine at night. In the morning I use a cleansing gel or stick (a new discovery for me, I’ll expand on this in another post).

Reading that back, I realize it might seem like a tedious and long process but I assure you it’s not! First, you don’t have to use separate makeup removers (for eyes and lips), then you apply the oil with your hands (no need for cotton pads and what seems like endless scrubbing) and it only takes a minute. And believe me, the sensation of taking your makeup off with a flannel is something you will look forward to at the end of your day. Besides, it’s a gentle but thorough way to cleanse the skin and the flannel adds a bit of mild exfoliation which is crucial for skin health.

Back to the review, the Body Shop cleansing oil has a medium viscosity which I find to be best because it gives you time to properly massage your face (some oils are too thin and liquidy and almost disappear after you apply them; to me it defeats the purpose of it). It lifts up all of the makeup and dirt and doesn’t leave a residue on the skin afterwards (mind you, as I said, I use a flannel to take it off). Like all oil cleansers, if you get it inside your eyes, you can get blurry vision for a few minutes but I didn’t find it burned unlike some of them.

The biggest con to me is the packaging: one time out of two after buying it, the pump mechanism was faulty and began leaking. Trust me, you do not want that with an oil, especially when travelling. However, I’ve seen that the packaging has changed now so it might not be the case anymore (although I don’t know if they changed the actual bottles or just revamped the labels).

Now, let’s take a quick look at the ingredients. The main oils here are soybean, sweet almond and sunflower oils (sweet almond, oh how we meet again…) which makes for this great texture I was talking about. Note that there is no mineral oil which is important to me because the oils used here have actual benefits for the skin and won’t just sit on it inactively (although that’s one of the reason it’s often used because then, it’s less likely to cause irritations).

On another note, if you favor organic products, I’ve found the Melvita cleansing oil to be a great option. 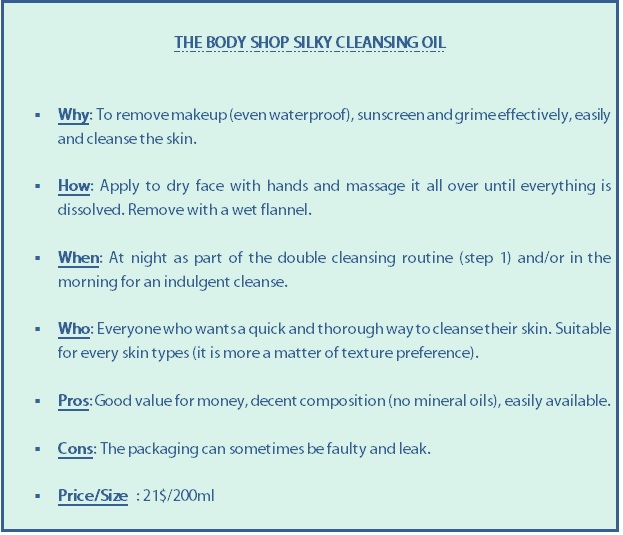 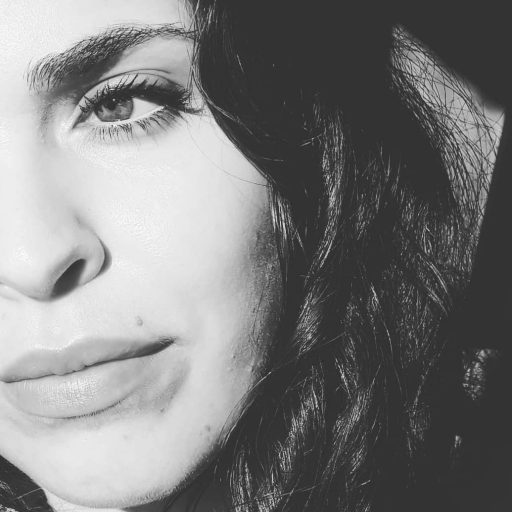 How to build your skincare routine