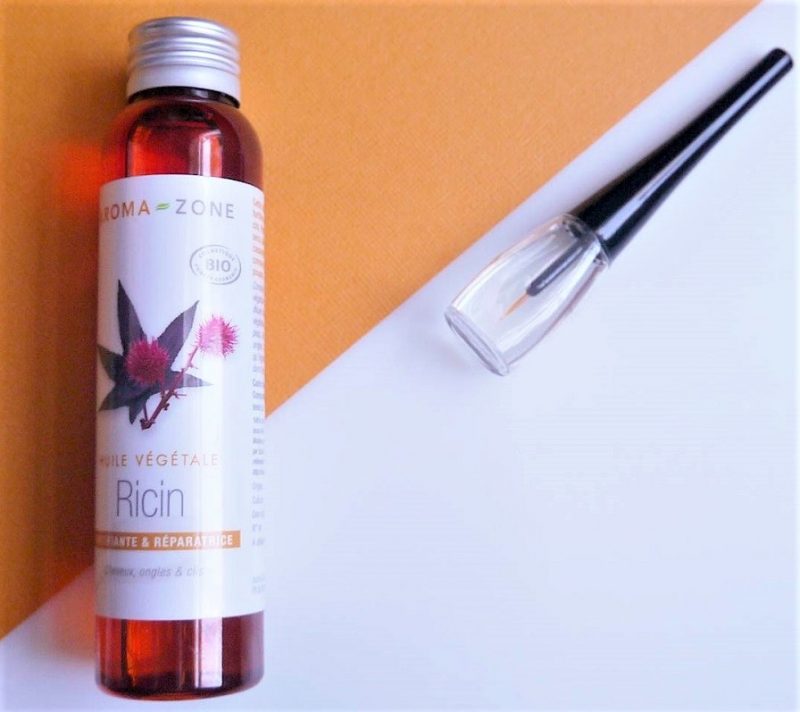 I can waste a lot of time on Google Images scrolling through before & after photos of eyelash growth serum results. I am of course tempted to use them myself but, every time I dig deeper and actually research the ingredients, I realize that it’s not something I feel comfortable applying near my eyes. That’s why I began looking into more natural ways to grow lashes.

In the natural world, the miracle lash serum is actually an oil, namely castor oil. (Let me tell you something, it’s weird for a French to use this word because, here, “castor” means beaver.) Anyway, I’ve been using castor oil on and off for years now to strengthen my lashes and brows and make them grow.

I think I first heard about this oil on Farah Dhukai‘s YouTube channel (in this video). She has amazing lashes and although I know deep down that it is probably due to her genetics, I still wanted to try it! I have to say that I haven’t been consistent enough (consistent meaning weeks in a row here) to see extraordinary lengthening results. I always seem to forget about it along the way. However, I first tried it on the arches of my brows (where I wanted more thickness) and it worked. I can now see little hairs where there were none before. I’m quite happy about that!

(A little anecdote for you… Something weird happened to one of my mom’s brows last year, it was going bald without reason. It was quite baffling especially since the other brow was fine. Well, with regular castor oil application, everything came back in order!)

I also use castor oil along my lash line and on my eyelashes at night (especially when I’m wearing hard-to-remove mascaras). I mostly see a difference in their thickness. I think one of this oil m.o. is that it strengthens the lashes so that they’re more hardy and don’t fall as easily. This means that you have more lashes at any given time, and so they look fuller.

Of course, castor oil can be used on your scalp too if you want to strengthen and thicken your hair. I can’t speak for it though because I haven’t tried it but I’d reckon it should work similarly.

Castor oil has quite a thick texture and you want to apply just the right amount, especially on your eyelashes (you don’t want a heavy-handed application there because your eyes could get puffy overnight). I first tried to apply it with a disposable mascara wand but it wasn’t great because, although it coated every lashes, it was delivering too much product. Plus, I couldn’t get it really close to my lash line. I realized that I needed a more precise tool. That’s when I thought of using an empty eyeliner bottle to pour the castor oil in. It changed everything because, now, it’s obviously much easier to apply the oil along the lash line.

I get both my castor oil and the empty eyeliner bottle from Aroma Zone. The oil is organic and really affordable (only 3.90€ for a 100 ml bottle!). I love it! 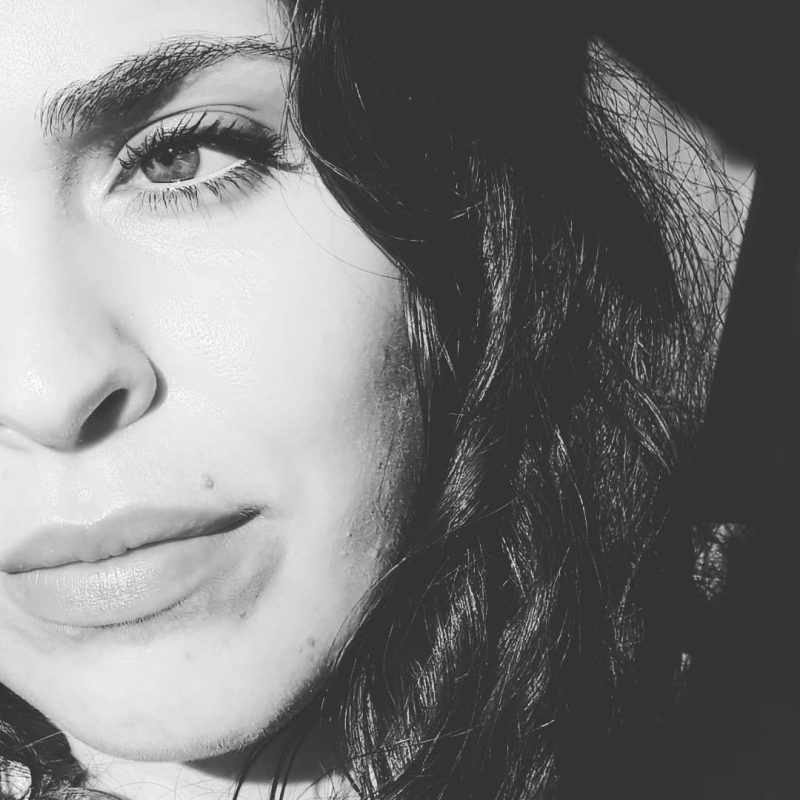